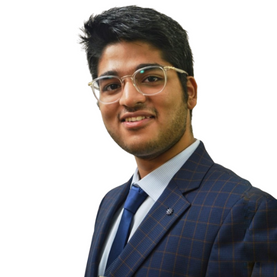 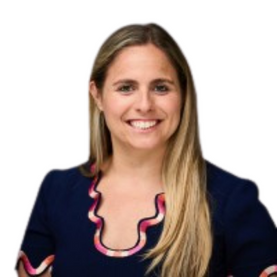 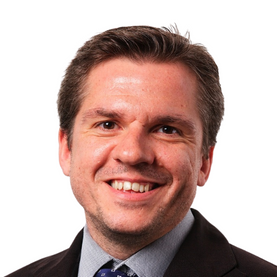 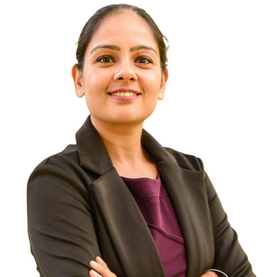 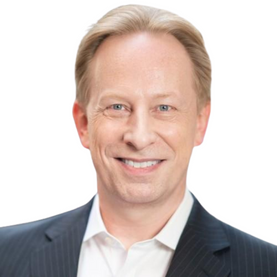 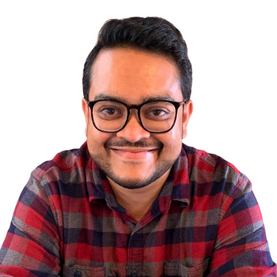 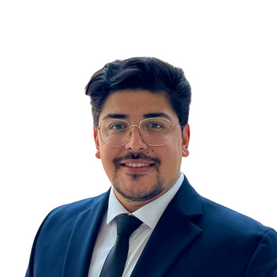 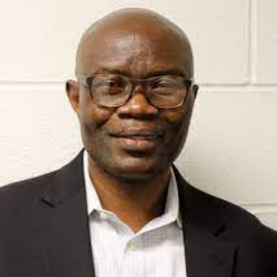 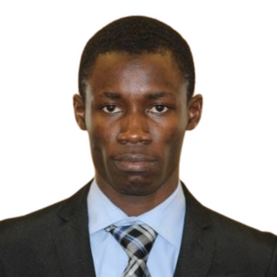 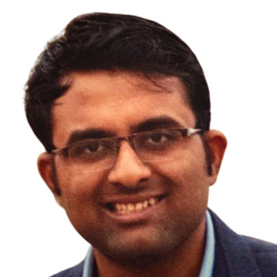 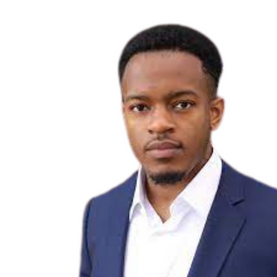 Tanay Kulkarni is a data science enthusiast and a researcher working as an Applied AI/ML Senior Associate at JPMorgan Chase & Co.. Having worked on applications of AI in the product space, Tanay is now exploring the AI/ML innovations in the fraud space of the finance risk industry. Tanay, a major proponent of developing tailored methodologies to reach AI/ML's full potential, believes that custom frameworks must be created in the finance industry to fully utilize AI/ML.

Diana serves as a Business Engagement Lead in the Advanced Solutions team within BNY Mellon and has more than 10 years of experience in the areas of strategy development, strategic initiative execution and technology prioritization.
As a Business Engagement Lead, she is responsible for promoting the use of data science and artificial intelligence capabilities throughout the organization. In this role, she serves as an internal consultant to senior leadership and key stakeholders within the business to uncover business needs and propose solutions utilizing advanced digital solutions that will drive business growth, optimize operational processes, and improve the client experience.
Diana is passionate about developing female talent and is the co-chair of BNY Mellon’s Women in AI initiative, which aims to provides women working and interested in AI a forum to connect, learn and build confidence.

George Samakovitis is Professor of FinTech and Deputy Head of School of Computing & Mathematical Sciences at the University of Greenwich, UK. George specialises in banking and payment systems technologies, Enterprise Architectures and AI for FinTech. His present research focuses on the deployment and governance of technologies for Anti-Money Laundering and Financial Crime, with particular emphasis on the use of DLT agents and development of blockchain infrastructure to deliver Collective Intelligence capabilities in FinTech networks.
George is presently a member of the Counter Fraud & Data Analytics Advisory Group of the HMG Cabinet Office and has served as a member of the FinCrime Working Group at the UK Payments Strategy Forum (2015-18), particularly working on KYC and Transaction Data Sharing and Analytics strategies and solutions for UK Financial Services. Most recently, he joined the BSI UK Data Standards Expert Panel, a diverse cross-sector panel of senior data executives, aiming to coordinate data standards interoperability across UK industry sectors.
George’s past work focused, among other, on banking technology investment decisions in economic booms and downturns, addressing, among other issues, the banking sector’s attitudes to uncertainty and risk under the disparate decision-making paradigms dictated by economic climate.

Supreet is an AVP at Morgan Stanley. Prior to Morgan Stanley, she was a management consultant at ZS Associates where she automated different workflows and built data driven solutions for fortune 500 clients. She is extremely passionate about technology and AI and hence started her own community called DataBuzz where she engages the audience by sharing the latest AI and Tech trends and also mentors people who want to pivot in this field

Bjorn Austraat brings more than two decades of diverse experience in taking complex business problems and finding pragmatic, profitable solutions to them through machine learning, AI and other technologies.
Currently, he serves as SVP and Head of AI Acceleration at Truist where he is building out the new AI & Analytics Accelerator (A3) and AI COE to enable innovation and accelerate scalable solution deployment for AI and analytics across the enterprise.
Formerly, Bjorn was SVP for Agile AI at Wells Fargo, Global Cognitive Finance Leader with IBM for a top-3 International Bank and the Global Leader for Cognitive Visioning and Strategy for IBM Watson, where he provided strategic direction for marquee engagements including H&R Block and Vodafone.
Prior to joining IBM, Bjorn held a number of senior leadership roles in companies ranging from Silicon Valley startups to large, multinational consulting enterprises working with companies such as Apple, AT&T, Microsoft and Ford.

Upal is a Product Owner at Fidelity Investments responsible for creating AI driven recommendation solutions that identifies a customer’s financial needs and deliver relevant experiences to help them find products and solutions aligned to these needs.

In his role as a Product Owner, Upal leads a cross-functional team of data scientists, data engineers and analysts who helps create, deploy and measure the impact of these AI solutions.

Upal brings over 12 years of experience in solving complex business problems through analytics, technology and data solutions. He is passionate about delivering measurable customer value through scalable AI capabilities.

Ramin Hasani is a Principal AI and Machine Learning Scientist at the Vanguard Group and a Research Affiliate at the Computer Science and Artificial Intelligence Lab (CSAIL), Massachusetts Institute of Technology (MIT). Ramin’s research focuses on robust deep learning and decision-making in complex dynamical systems. Previously he was a Postdoctoral Associate at CSAIL MIT, leading research on modeling intelligence and sequential decision-making, with Prof. Daniela Rus. He received his Ph.D. degree with distinction in Computer Science at Vienna University of Technology (TU Wien), Austria (May 2020). His Ph.D. dissertation and continued research on Liquid Neural Networks got recognized internationally with numerous nominations and awards such as TÜV Austria Dissertation Award nomination in 2020, and HPC Innovation Excellence Award in 2022. He has also been a frequent TEDx Speaker.

As Vice President and Group Product Manager over Conversational AI at KeyBank, Robbi is responsible for leading a cross-functional team of product managers, engineers, designers, data scientists and analyst to develop Conversational AI capabilities across the organization. Robbi and her team are transforming the client experience through the introduction of an omni-channel platform across voice and chat. She has over 20 years’ experience leading technology initiatives in the financial sector with a proven track record of driving customer value and business growth. Robbi is passionate about exceeding client expectations by augmenting human interaction with the right technology.

Martin Ouko currently leads TIAA’s Model Lifestyle Management & Execution organization consisting of a highly skilled global team of Data, Pipeline and Model-Ops Engineers, tasked with designing, developing and productionizing elegant technology integrations and orchestrations that solve business problems and challenges of varying complexities.
While not tinkering with cutting edge technology, he moonlights as Adjunct Professor, training future business leaders on subjects matters ranging from Economics to Business Management Concepts at a local college.
Outside industry, technology and academia, he serves on the board of Kiwimbi International, a Non-Profit organization dedicated to fundamentally altering the literacy culture in underserved communities around the world; one kid at a time.
In between these engagements, he can be found in the trees, sand bunkers or the rough, looking for his golf balls. And when he can’t find the fairways consistently, he prefers bringing together Charitable Organizations and philanthropists to bond over a good game under the banner of Prestige Invitational.

Natesh is a Lead Data Scientist at Finicity where he creates Machine Learning products leveraging open banking data. Prior to this, he was a core member of the Machine Learning CoE at JPMChase and specialized in lending, fraud and marketing models.

A PhD candidate in Cornell University’s computer science department, Darian Nwankwo—an Atlanta, GA, native—is an enthusiastic problem-solver dedicated to applying his computational and mathematical skills to problems in various domains. Before beginning his matriculation at Cornell, he graduated top of his class from Morehouse College’s computer science department, earning membership into Phi Beta Kappa Honor Society along the way.
He has several industry and academic positions that have contributed to his diverse perspective on problem-solving. He was initially exposed to industry standards on how to write software while at Google. Subsequently, he decided to pursue academic research where he studied Human-Computer Interaction at Stanford university and Mathematical Biology at Morehouse College. After gaining exposure to work in industry and academia, he joined an industry research lab at Adobe, prior to starting his graduate studies.
His academic research afforded him a position with industry titan IBM where he worked with their Analog AI research team helping develop next generation hardware for accelerating AI applications. Upon completion, he was recognized by some researchers at AMD where he worked as a Scientific Machine Learning researcher, helping to advance our understanding on developing heterogenous systems for machine learning workloads.
In his spare time, Darian enjoys reading, learning new mathematics, playing pool and exercising. He is currently going through a curriculum on Quantitative Finance to learn how mathematics and computer science is leveraged in other disciplines to whet his curiosity.